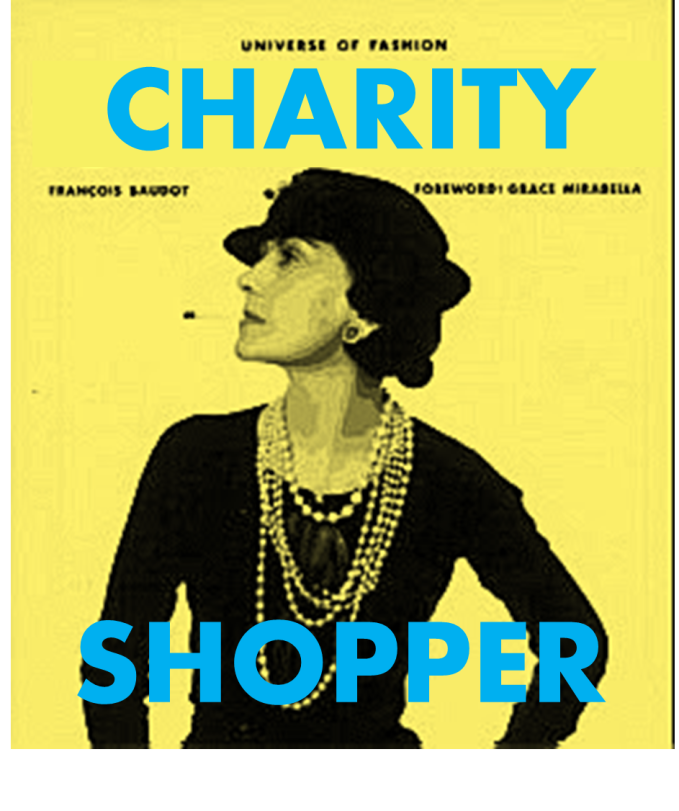 Charity shopper is a weekly blog post. The rules are that I have to visit a charity shop every week and purchase something from it. I cannot leave the shop without making a purchase and I must use the purchase at least once. I will report every week on what I buy.

It’s more fun if you play at home: if you would like to be next week’s Charity Shopper all you have to do is contact me on twitter @TmhoLudek or email: themagichappinessof@gmail.com with details of what you’ve purchased and be able to answer some simple questions about why you bought it (otherwise I’ll just do it again!). 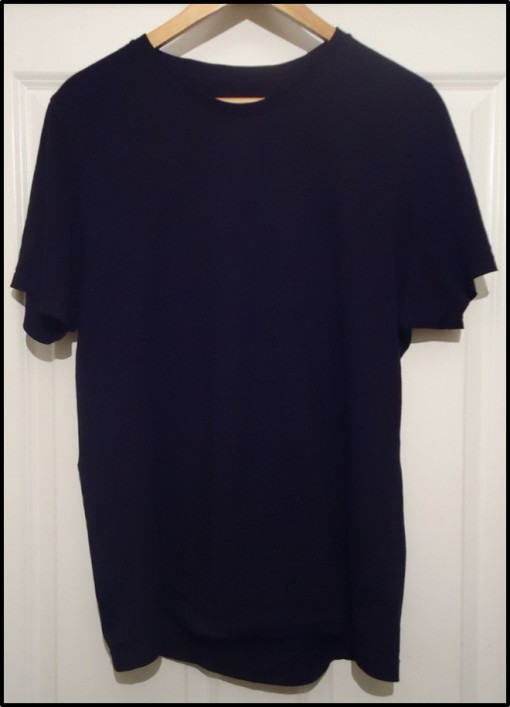 Why did you purchase it?

A plain black T -shirt is the timeless uniform of the existential rebel. Think Marlon Brando in The Wild One.

Wasn’t he wearing a white T – shirt in that film?

Tsk! French actor described as the ‘heart throb du – jour’ by The Times.

You mean the ‘surreal film within a film’ where Becks plays a ‘motorcycle stuntman, haunted by memories of a beautiful trapeze artist’?

Umm, I think that’s the one.

Bit highbrow for our Becks isn’t it?

He’s reinvented himself of late: no longer a footballer – now a cultural icon, a brooding biker in black leather, stubbly with goodness, as Phillip Larkin might have put it.

I imagine a universe where Phillip Larkin might take any kind of interest in David Beckham’s stubble but it is difficult to sustain the fantasy.

A bit of a boring purchase to kick things off though isn’t?

Not at all. It’s achingly stylish. Haven’t you heard of normcore?

Psssh! Have you been living under a rock? It’s a term coined by ‘New York trend agency K – Hole,’ to quote Vogue, (which I do always) that means absent of labels or adornment, basic and functional. Think unbranded Fruit of the Loom sweatshirts, black plimsolls, Primark jeans and you’re somewhere close.

Thank – you. But seriously – in a busy world where stressed out twenty – somethings are consumed by work and Twitter and sharing picture of cats licking their balls on Instagram normcore is a look that makes sense.

Let me draw your attention to Daniel Levitin’s Sunday Times bestseller ‘The Organized Mind’. Levitin argues that in a digital age we have too much information and too many decisions to make which leads to a lack of attention and feelings of being overwhelmed.

Sorry, what? I was just checking my Facebook… someone tagged me in a picture of a cat licking it’s… Hang on, what does this have to do with your black t – shirt?

Well making decisions about what clothes to wear can take time and mental reserves which detracts from time spent on more important decisions. Think Marc Zuckerberg or Steve Jobs: both sport a normcore uniform which takes little thought or time to assemble.

Blimey, I wasn’t counting on all this…